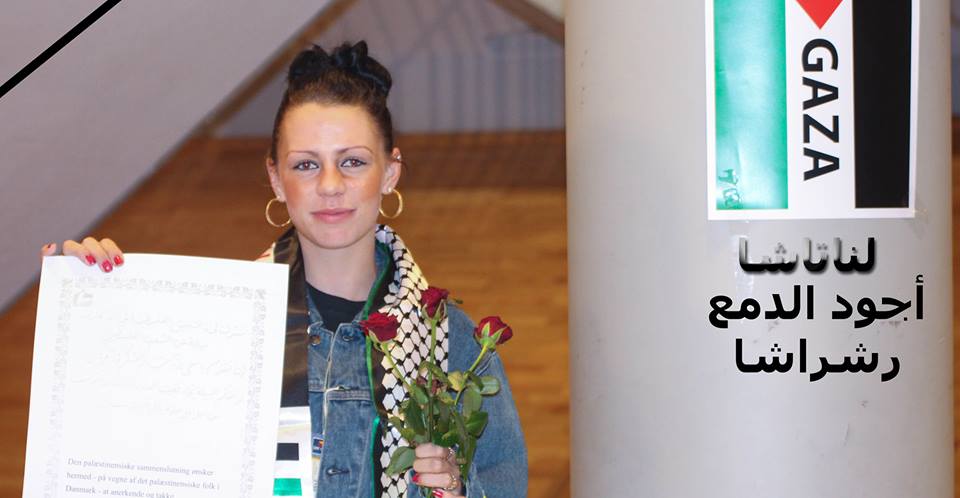 The Palestinian Youth Organization mourns and salutes Comrade Natacha Schuwendt of Denmark, a committed anti-imperialist struggler who always stood with the cause of the Palestinian people and with all oppressed peoples fighting for their liberation.

Comrade Natacha passed away on November 3 of this year, only a few months after her 21st birthday. In her far too short life, she was a constant presence in every movement for justice. A committed struggler with the DKU (Young Communist League of Denmark) and the AKP (Workers Communist Party of Denmark), she fought for a revolutionary vision of working-class liberation and socialism.

She was a dedicated fighter against all of the crimes of imperialism. She participated in the Anti-Fascist and Anti-Imperialist International Youth Camp in Turkey in August 2014, and was a strong supporter of the Palestinian Youth Movement and the Palestinian revolutionary struggle for national and social liberation.