The Popular Front of Tunisia: Statement 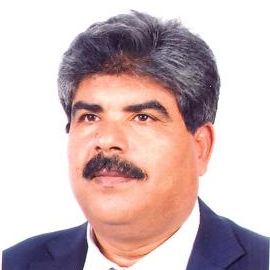 The  Popular Front mourns its prominent leader and  head of the nationalist nasserite Popular Movement Party, our brother and comrade Mohammed Brahmi  who was assassinated  by treacherous hands today at noon  in front of his house in Al-Ghazala  district in the capital in the same way  that the martyr Chokri Belaid , leader of the Unified Democratic Patriots’ Movement and leader in the Popular Front, was cowardly assassinated on last  February  6th.

The ruling coalition led by Annahdha movement is held responsible for this heinous crime that was committed in broad daylight and that directly targets the leaders of the Popular Front, and all the national and democratic leadership. It is pushing the country towards collapse with its politics that are against the interest of the country and the people .

The Popular Front takes its historical responsibility, and calls on the Tunisian people and all the active forces to save Tunisia from this collapse and put the people's revolution back on track and block the way to the responsibles of strife, death and ruin.


The Popular Front calls on the Tunisian people to :


- Engage in peaceful civil disobedience in all areas, until the overthrow of the ruling coalition, the Constituent Assembly and the institutions that stem from it (the government, the presidency, etc).

- It also calls on all national and democratic forces to engage directly in consultations in order to form a national salvation government to run the country and prepare for free and democratic elections in a peaceful political climate free of violence and terrorism.

- It also calls for the declaration of a general strike in all regions of the country in the funeral day of martyr Mohammed Brahmi.

Glory to Mohammed Brahmi, Chokri Belaïd and all the martyrs of the country

The Workers' Party of Tunisia: Statement