My generation of radical activists was inspired by Bob Dylan’s 1962 song, “Blowing in the Wind”.

How many times must the cannon balls [and drones] fly
Before they’re forever banned
The answer my friend is blowin´in in the wind.

With Vietnam-Laos-Cambodia’s victory against Western imperialism’s war, and the scandal of Watergate ending in the demise of Nixon’s presidency, the radical movement that swept through USamerica, and much of Europe died out. There have been social and economic protests from time to time since but a real radical movement with stamina has not reoccurred in the West. There were exceptions for some years with the war against Iraq particularly and somewhat that of Afghanistan, but the anti-war movement petered out especially when a black-faced man won the presidency in one of the world’s most racist and violent countries.

Then came the Arab Spring (2011) in Tunisia and Egypt! After hundreds of thousands of brave and determined people took over the streets, with several hundreds killed, the Western-backed national dictators were overthrown, only to be replaced by more momentarily palatable capitalist- authoritarian leaderships. Protests spread but when they hit other solid friends of the West, activists were brutally killed and beaten down. Then Libya was invaded, and now it is Syria’s turn.

Inspired by the Arab Spring, and tired of the eloquent emptiness of “I-have-a-drone” Obama, a new radical movement is taking root in USamerica. Occupy Wall Street (OWS) started on August 1, 2011 with nude artist protests on Wall Street and consolidated onward from September 17 by occupying Zuccotti Park in New York’s financial center. Its goal was/is anti-capitalist and for social and economic equality. After several months of occupying different symbols and centers of financial and political power, OWS lost its footing due to a combination of concentrated police violence and federal government spying, and its own lack of political direction—a  political space to garner its tremendous energy and passion, and draw to it many millions of the 99%.

Occupy Wall Street’s dynamic grass roots movement has changed tactics but is not gone. In fact, it is reoccupying its original site of protest at Zuccotti Park. Since June 1, thousands gather in the park from 09:00 to 21:00 under the banner: “Occupy Homecoming”. Activists are creating a “movement center” by carrying signs of protest, holding talks and conducting relevant study courses.

Many activists are of Turkish background, and a key issue for all participants is the current Arab Spring movement for greater freedom and democracy in Turkey. One OWS slogan is “From Zuccotti to Gezi” (a park in Istanbul where activists gather). So far (June 10), the Zuccotti protesters have not been attacked by police, and many sleep in the nearby Trinity Church.

According to its website, www.occupywallst.org, Occupy Wall Street “is a leaderless resistance movement with people of many colors, genders and political persuasions. The one thing we all have in common is that We Are The 99% that will no longer tolerate the greed and corruption of the 1%. We are using the revolutionary Arab Spring tactic to achieve our ends and encourage the use of nonviolence to maximize the safety of all participants. The only solution is World Revolution.”

Since this spring, progressive to radical activism has regained a foothold in many cities albeit a decidedly overall leftist movement has yet to emerge. The spectrum of activism, besides the basically anarchistic anti-capitalist Occupy Wall Street, includes Marxist-oriented organizations and parties—such as Workers World, International Action Center, Party for Socialism and Liberation—the radical Green and Peace and Freedom parties, and activist progressives seeking social change within the capitalist system.

The majority of progressives, however, are still sticking with “We Can” Obama. In responding to progressives, who see the necessity of backing the “lesser of two evils”, Patrick Walker founded “True Blue Democrats” (TBD) on Facebook. He believes that, “The evil has become too evil to accept.” Walker is, basically, a one man movement hoping that TBD could press enough Democrats to return the Democratic Party to its “New Deal and Great Society principles”. He considers all other Democrats, including pro-Obama former radicals, as DINOs—Democrats in Name Only.

(Sounds familiar in most of Europe where Social Democrats and Socialists, who support capitalism and its wars, are still seen as the lesser of evils. In Denmark, this concept includes the so-called Socialist People’s (SF) and the Red-Green (Enhedslisten) parties.)

In contrast to “progressive” passivity, more and more contemporary radicals, such as Glen Ford, chief editor of www.blackagendareport.com , view Obama as the “more effective evil” since he has “managed the crises on behalf of the 1% more effectively than a Republican could have.”

Obama, as commander in chief of imperialism’s military, confuses many otherwise normally anti-war black people into submission against his wars. One example of this is that only 1.6% of OWS participants in 2011-2 were black, according to its own survey. For the first Obama term, his color was a main cause of holding back any real left movement, even the anti-war movement. Out of a charitable anti-racism sentiment, most white progressives and former radicals sought/seek to give him a chance, and many more. What they fail to acknowledge is that the nearly all white 1% uses his dark face to convince other dark faced, corrupt and greedy leaders of Third World countries especially in Africa to fall in line with imperialism’s interests.

At least 5000 people have been arrested for these and other actions during Obama’s regime. The numbers of arrestees for civil disobedience, as well as by police terrorism, are increasing.

In the months of April-May-June, hundreds of actions in scores of cities have occurred. My sources include many good leftist websites in the US. Some that I use for this blog are: the excellent activist websites of Kevin Zeese and Margaret Flowers www.popularresistance.org and www.occupywashingtondc.org . In addition, I use: www.dissidentvoice.org , www.counterpunch.com , www.thiscantbehappening.net ,  www.salem-news.org , www.nationofchange.org , www.activistpost.com , www.thenewscollective.org , American Freedom Radio, The Real News Network, Democracy Now, and others.

Here are a few recent actions and campaigns:

The march of several hundreds of people was also a protest against contemporary injustices. “Justice for all is needed” was a key slogan. They march to continue the ongoing struggle to stop racism and police brutality, end attacks on immigrants, women and non-heterosexual people, and to end war and poverty. One in four people in Baltimore live in poverty.

Black people are being killed nearly every day by police. The victims rarely are armed. In Baltimore, 16 black people have been murdered by police in the last 17 months. Not one policeman has been indicted or even fired.

Dr. King proclaimed that “every bomb that falls on Vietnam is a bomb dropped on our inner cities.” The Baltimore organizers stated that the names of the targeted countries and occupations have changed, but what has not changed is the ever-growing trillions of dollars spent on the Pentagon, which drain the wealth that could, instead, fund healthcare for every uninsured person, provide education for youth, stop school closings and provide jobs for all.

Reverend CD Witherspoon, president of Baltimore’s Southern Christian Leadership Conference (the organization that Dr. King led), spoke about all these issues as “interconnected to capitalism.” (www.peoplespowerassemblies.org )

Several individuals, who had been warriors for capitalism’s wars, have come over to the people’s side and commit civil disobedience. Two recent examples are a US Army specialist. She applied for conscientious objector status while serving in Iraq and later left her unit. She was sentenced to 30 days in jail. A former CIA agent turned whistleblower was arrested and battered by police for standing silently and turning his back during a speech delivered by the US Secretary of State in Egypt. (For more information on protester arrests check www.nukeresister.org .)

§On May 25, two million people protested Monsanto’s increasing monopoly of our food. “Monsanto owns Washington” could be seen on placards in 52 countries, in 437 cities, even in Copenhagen. One USamerican started this action by placing an announcement on Facebook.

§Several Native American women are walking the length of the Mississippi river—2000 kilometers—to protest its pollution.

§Low wage workers are protesting. They demand decent wages and the right to unionize. Wal-Mart workers, taking a lesson from the Civil Rights Freedom Rides, organized bus caravans to protest at a shareholders meeting. Farm-workers are also acting for worker rights in various places.

§A month long protest against drones ended with actions on both coasts.  Thirty-one activists were arrested at a “die-in” at the Hancock Air National Guard Base in Syracuse, NY. At Beale Air Force Base, in California, activists were able to close the base for hours, resulting in long lines of cars waiting to get in. Five people were arrested. These actions pushed Obama to give a conciliatory speech, promising to restrict the numbers of such bombings.

§The month-long protests against the Guantánamo prison, done in solidarity with the hunger strike at the prison, have raised awareness of the abusive detention without charges. They forced President Obama to address the issue, saying he would “try again” to close the prison (of course, under the law he could do a lot more than “try again”).  And a petition put forward by Col. Morris Davis, who served in the US Air Force for 25 years and was chief prosecutor for terrorism and trials at Guantánamo Bay, seeks to close the base. It has over 110,000 signers. Here is a link so you can sign it. http://www.closeguantanamo.org/

§There are other nationwide protests against Bank of America and housing foreclosures.

§There are many actions to protect the environment, and some are winning concessions in the courts. Upcoming actions include:

Encouraging times are here again! More and more are coming out with anger and with determination to win the struggles engaged in, and not just clamor about symbolically with toothless gestures. 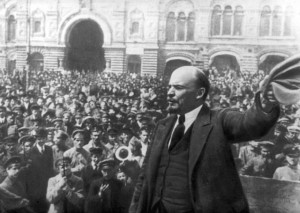 By Ron Ridenour What a day! For me, it started END_OF_DOCUMENT_TOKEN_TO_BE_REPLACED